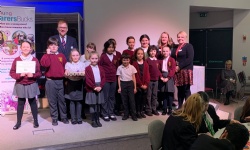 Two of the members have written about why they enjoy attending the group.

I am a young carer because I have to look after my older and younger sisters (who both have learning difficulties) and the responsibility is sometimes hard.  I have to sometimes be responsible for giving my sister medicines even though I am only 10 years old. Ruby

I sometimes have to look after my brother, who has disabilities, and also help my dad when he is tidying the house, getting him up in the morning,  being organised and it can sometimes be hard. Anita

The Young Carers Club at school is really supportive. We all share our feelings and experiences and it’s great to know that you are not alone. It is also lots of fun as we get to play games.  It’s really good to get to know other Young Carers in school and finding out that we have things in common.  We have an understanding about each other, which even my best friends don’t have because they are not Young Carers.   When I see the other Young Carers in the playground,  we look out for each other, there’s like an awareness between us. 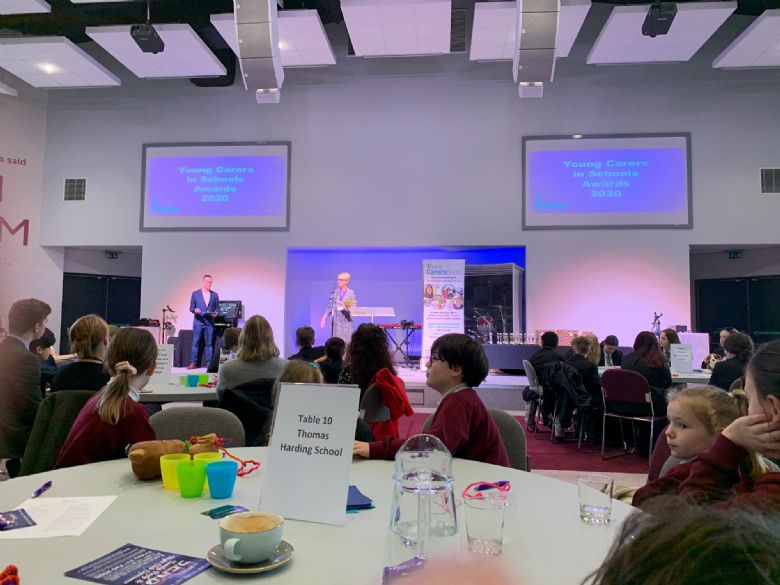 The Young Carers ceremony was brilliant.  I had so much fun that afternoon.  I couldn’t believe that our faces were on the big TV screen and everyone was looking at us!  I had not expected there to be so many other schools with young carers, it made me feel less lonely.  The dancing, games, muffins and of course the hot chocolate were really nice and we even got given a present for our group (a game that we can all play together).  We are going to play it the next time we all meet. When we were on stage collecting our award and having our picture taken, we felt such pride.

Below is a video presentation that the school made for the event, about how they have set up and run their group, and what the children they are supporting think of it.